Why higher gas prices are another drag on food delivery

Gasoline prices have risen significantly in recent months. What’s behind the price spike? Is it the cancelation of the Keystone XL pipeline? Is it the supply disruptions from COVID-19? Is it Russia invading Ukraine? There are many opinions on the issue. Let’s look at the facts.

Gasoline prices rise and fall with the price of crude oil, though not always in sync or to the same degree. Oil is a global commodity and as such, its price is determined primarily by global supply and demand. When supply is greater than demand, prices fall. Conversely, when demand is greater than supply, prices rise. The following chart is from an article I published in 2015. It illustrates how supply and demand were catalysts for oil price movements. If you take a minute to study the chart, you will see how crude oil prices followed the supply-demand trend quite well.

A Look at Global Production

Since supply and demand have the greatest influence on the price of oil, what role did the cancelation of the Keystone XL pipeline play in the recent spike in oil and gasoline prices?

The Keystone XL pipeline, owned by Canadian company TC EnergyTRPCorp and the government of Alberta, was the fourth stage of the Keystone project. KXL was supposed to run from Hardisty in Alberta, Canada through Montana, South Dakota, to Steele City, Nebraska. The KXL would have transported 830,000 barrels per day of heavy oil-sands crude oil. From there existing pipelines would carry the oil to points in the U.S., including refineries in the Gulf South. Was the KXL cancelation a contributing factor in the recent spike in oil and gasoline?

Canceling the pipeline had a minimal effect on current prices. Despite several false claims on social media including how railroads (and Warren Buffett) would greatly benefit, very little crude oil is transported by rail because it is more expensive than by pipeline. Transporting oil via rail has been and continues to be a method of last resort. According to a Reuters fact check, in 2019 the U.S. imported 3.7 million barrels per day from Canada. However, only 8% (110 million barrels) was by rail. If not by rail, then how will the U.S. make up for the KXL cancelation? According to several experts, the existing Keystone pipeline has plenty of excess capacity to handle the increased volume of oil from Canada. As a side note, Canada is the largest foreign supplier of crude oil to the U.S. In short, the effect of this action on rising gasoline prices is negligible.

The global pandemic caused a significant disruption in global supply chains, including oil. Even though the global supply of oil may have declined during COVID-19, demand was also muted as people were afraid to travel. This kept oil and gasoline prices low. As the world began to emerge from the pandemic, demand increased. Even so, prices remained at the low end. Enter Vladimir Putin.

Russia and Ukraine have been at odds since before 2014 when Russia annexed Crimea. In 2021, following an unsuccessful ceasefire, Ukrainian President Volodymyr Zelenskyy sought to bring Ukraine into NATO, which angered Russian President Putin. Then in January 2022, in response, Russia sent troops to the Ukrainian border, which prompted international governments to speak out on the matter. Although oil and gasoline prices rose during 2021, YTD as of March 4, 2022, oil has risen 58% and retail gas has risen 24%. Why? Because Russia has been consistently in the top three in global oil production it was feared that the supply might be disrupted. Therefore, demand increased as the pandemic faded, while at the same time Russia invaded Ukraine.

Gasoline prices follow oil to a great extent. Demand in much of the world is returning to normal as the pandemic subsides. If Russia continues its aggression towards Ukraine, oil prices will likely remain elevated. But that’s what Putin wants since Russia depends heavily on petroleum exports for its budget.

If the economic sanctions are successful and hurt the Russian economy, as is expected, Putin may be forced to withdraw. In any event, when Russia decides to be a good neighbor – which may never happen, the price of oil should decline and the price we pay for gas should follow. This recent spike is not a product of President Biden. It is the culmination of many issues, with Russia’s aggression at the top of the list. 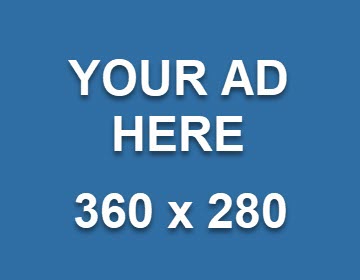